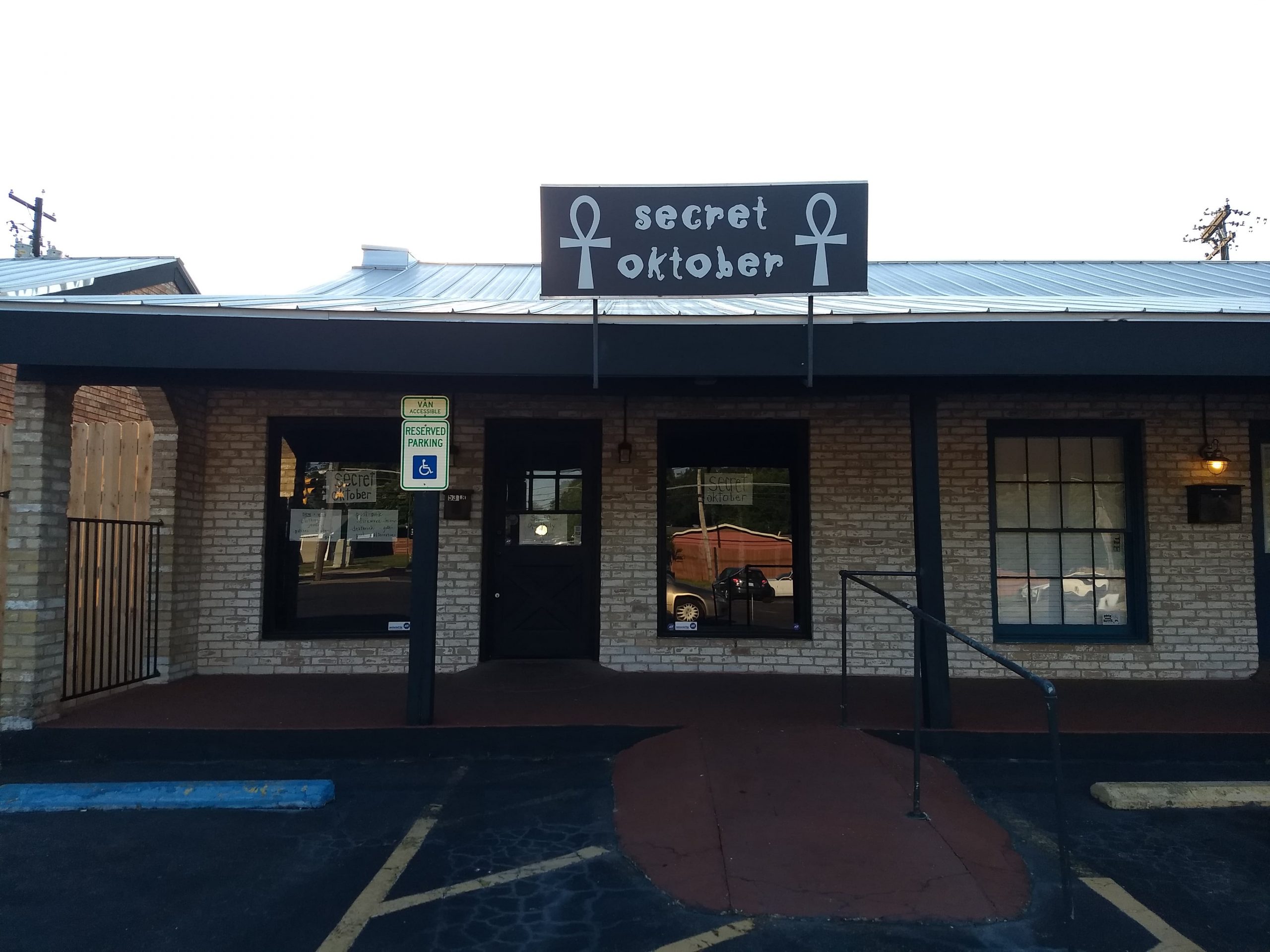 Secret Oktober
Austin’s original Goth, Punk, Darkwave, Post-Punk Shop
We sell new and used clothing for men and women in all sizes.
We also have many accessories, such as rings, earrings, necklaces, studs & spikes, patches, stickers, pins, hosiery, belts, and other goodies.

We are located in the Crockett Center at
5318 Menchaca Road, Austin, TX 78745
(between Captain Quackenbush’s Coffeehouse and Red Stag Tattoo).

Secret Oktober is an independent women-owned business in Austin, Texas. Secret Oktober was opened for business on Valentine’s Day, 2004, by Cassandra Davis. (Later, Mary Milton became an owner, also.) Secret Oktober serves the goth, punk, darkwave, post-punk, and otherwise non-mainstream communities of Austin. We are not a big corporation, we are two women who are trying to make a living by connecting the coolest sources of goth and punk merchandise (many of them local to Austin) with the coolest customers.